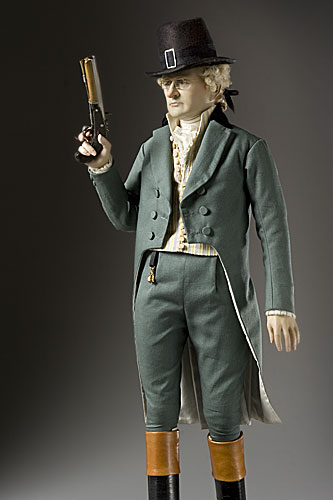 Hamilton was killed in a duel with Aaron Burr, who was at the time the Vice President. Hamilton's son died from the same Chase dueling pistols. 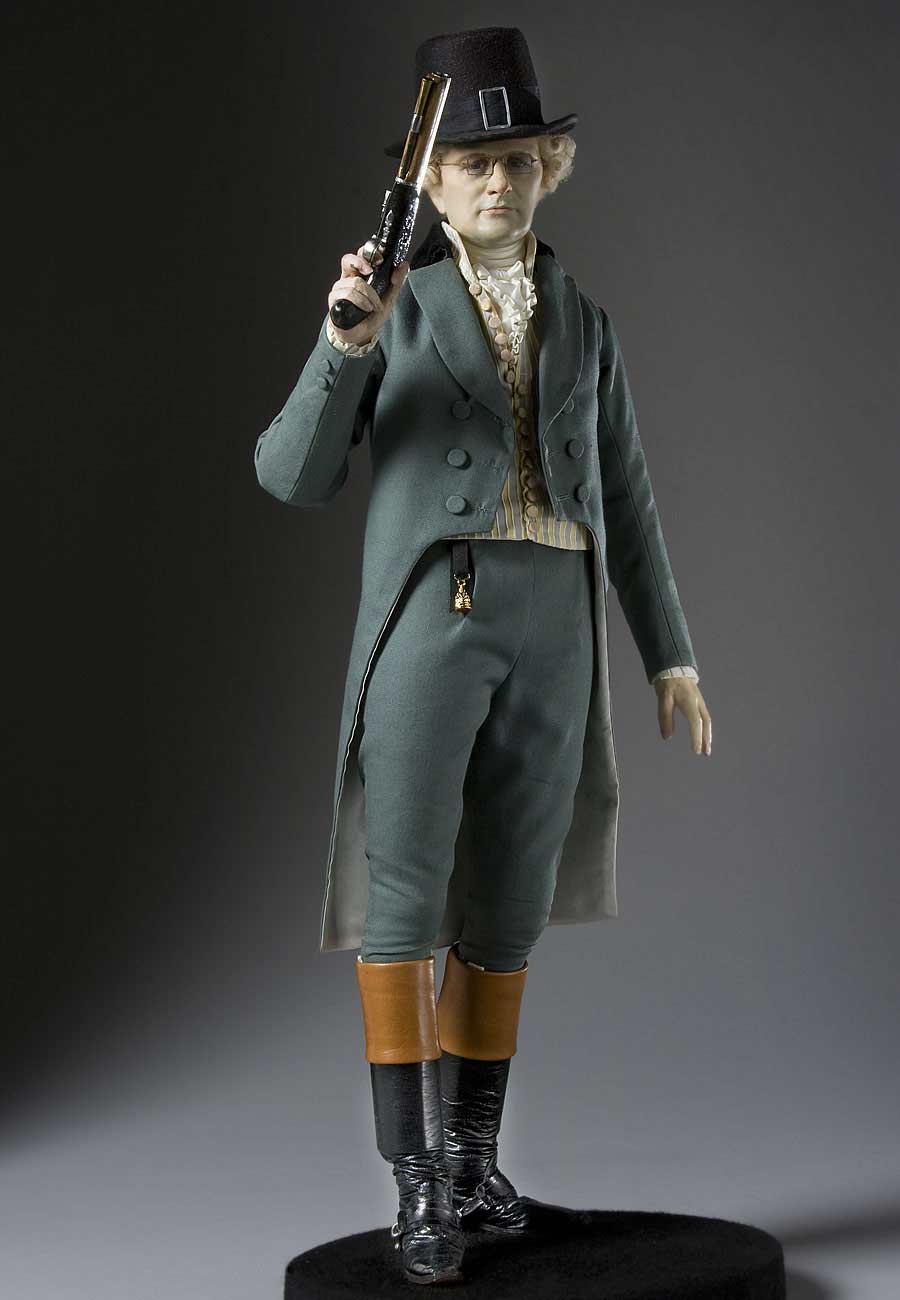