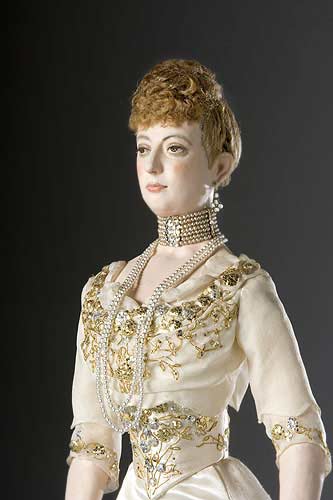 Alexandra was queen consort of Edward VII of England, whom she married in 1863 when he was Prince of Wales. The beautiful daughter of Christian IX of Denmark, she was an immediate favorite of the British. Alexandra popularized high, jeweled chokers. She shunned social demands to be with her six children, including the future king George V. Alexandra suffered a permanent limp from rheumatic fever. The Imperial Military Nursing Service was founded by her in 1902. Edward admitted Alexandra to the Order of the Garter; all female relations of the sovereign since Tudor times had been excluded.

Restorers' Comment: Hair was redressed, new foundation garments were made, and some new pieces of jewelry were added. 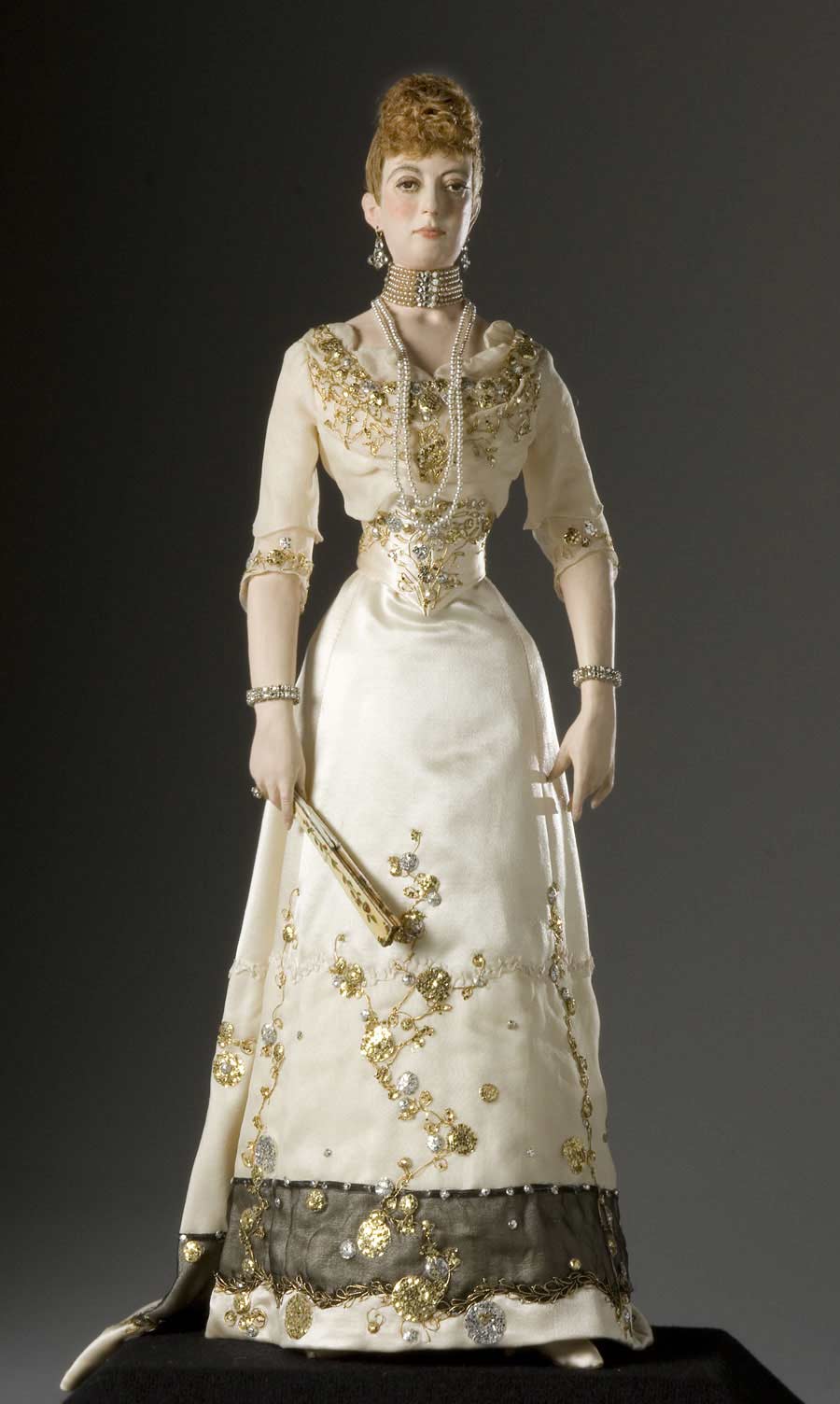