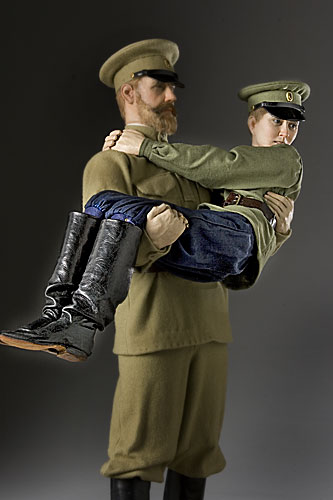 Only son of Nicholas II and Alexandra, and heir to the Romanov throne.

Except for his affliction with haemophilia, Alexei was a happy, normal child. He was over-protected and spoiled and willful, but bright and charming when feeling well. His illness opened the door to the sinister Rasputin, whose influence on the Empress ,and through her, influenced the politics of the time. The assasination of Alexei, his parents and sisters abruptly ended the Romanov dynasty and tzarist rule of Russia. 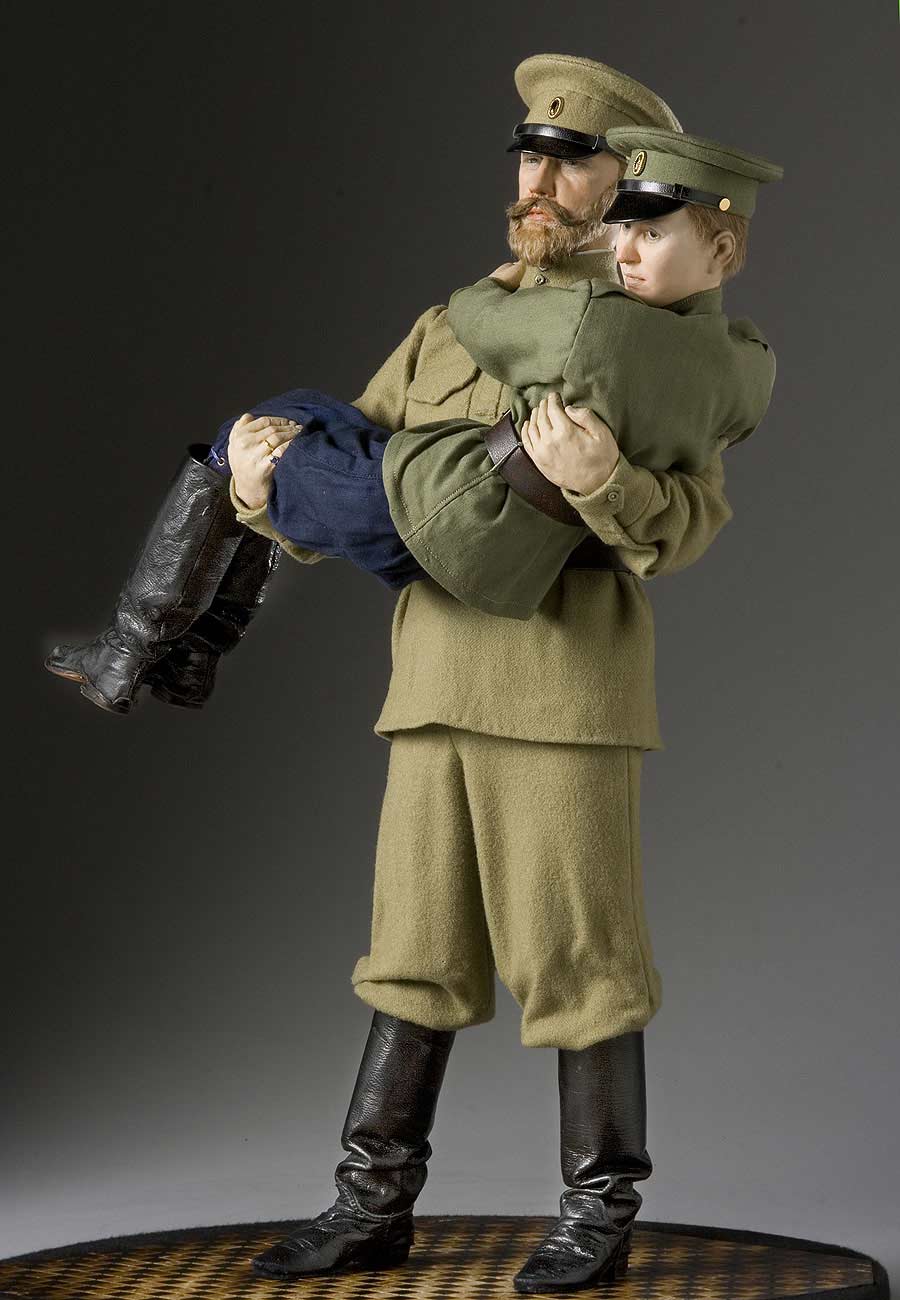