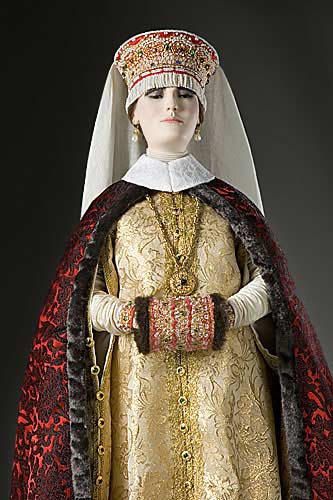 The only one who could calm the Tsar’s rages.

Anastasia was Ivan IV’s one true love, the only woman he cherished and respected. She could calm him and modify his dreadful passions. He called her “my little heifer”. Her early death was a turning point in his frightful career. With her gone, all restraints on his murderous behavior were off. It was through her family that the Romanov family finally came to the throne to rule for over 300 years. Upper left shows jeweled muff and upper right profile in jeweled headdress. 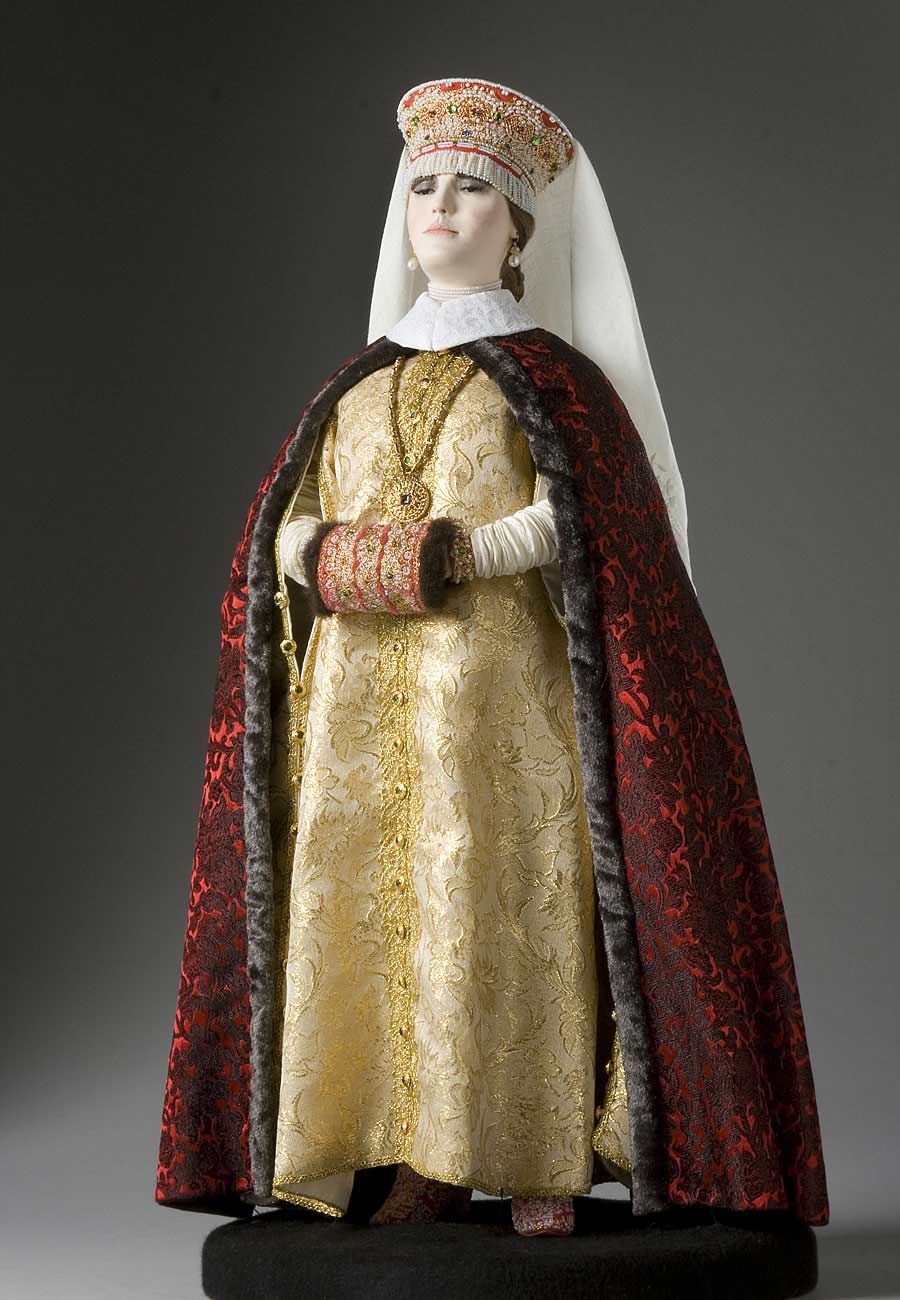