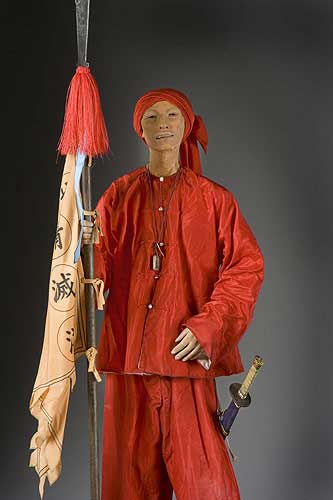 A well turned out foot soldier in the Boxer Movement.

Society of the Righteous Fist, Harmonious Fists, Order of Literary Patriots…all names of gangs which formed a popular movement to oppose the Imperial government and the growing influence of the European powers. The Europeans called them the “Boxers” because they practiced a form of martial arts and believed themselves invincible. 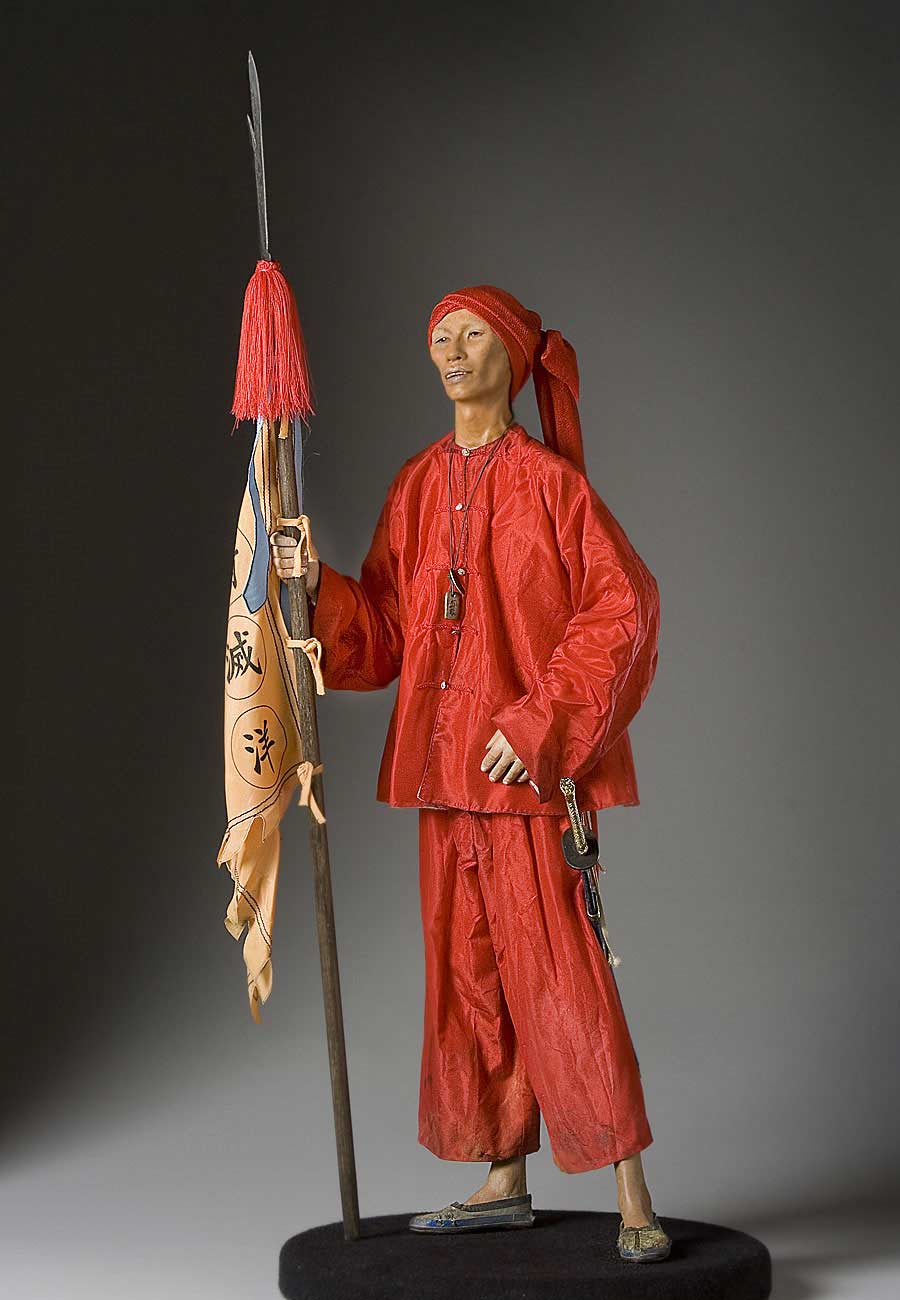