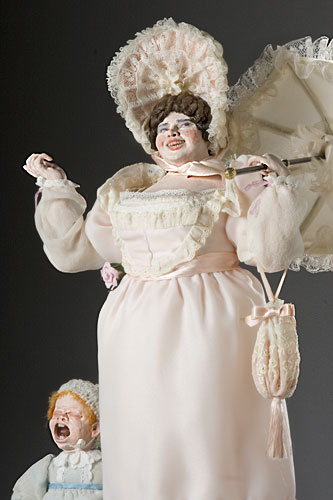 Caroline of Brunswick, a great embarrassment to all.

Caroline married George, Prince of Wales, in 1795, succeeding Maria Fitzherbert. Impetuous, warmhearted, and superficially clever, Caroline was also ignorant, tactless, and careless. After the birth of a daughter, Charlotte, she went abroad and was accused in various scandals. When George IV became king, she returned to him, but was not allowed in court. She became ill shortly afterwards and died. She is shown here with her adopted son, “Willikins”.

Restorers' Comment: Faces and bodies of both Figures were completely reworked. 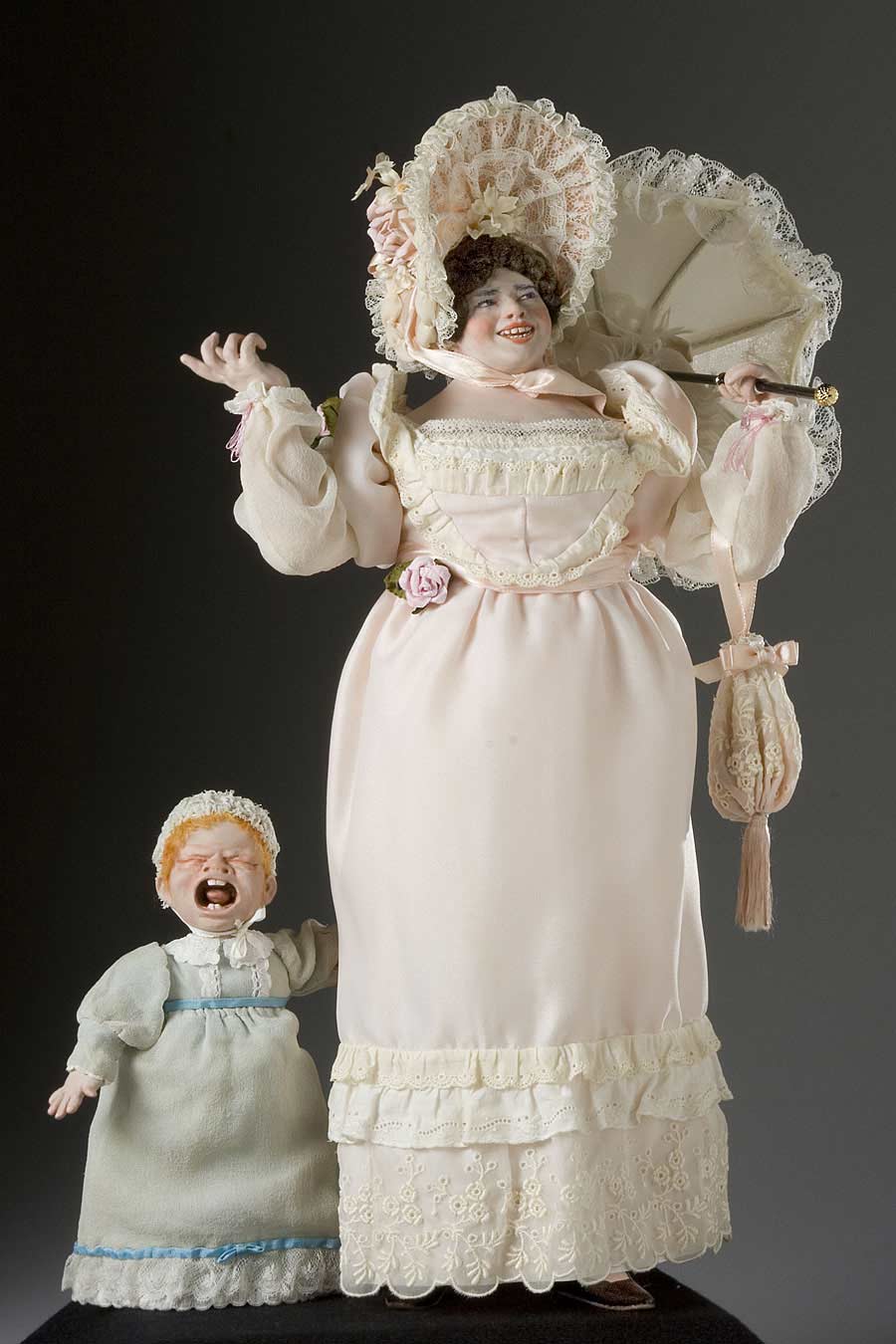