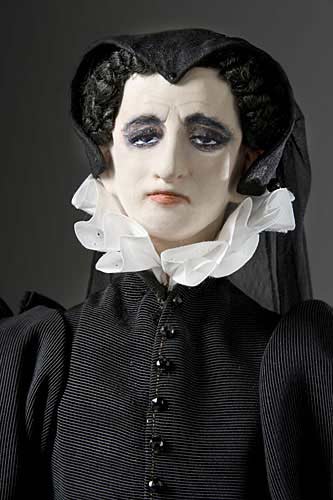 Mother of a Contentious Brood.

A Florentine Medici and orphan, she married into the French royal family at 14. Her husband, Henry of Orleans, became Henry II, and she bore him seven children. Upon Henry’s death she became regent and ruled through the reigns of her three sons. She is wrongfully accused of planning the St. Bartholomew’s Day massacre, in which thousands of Protestant Huguenots were murdered.

Restorers' Comment: Clothing reworked from the inside out, veil shortened, cap remodeled. 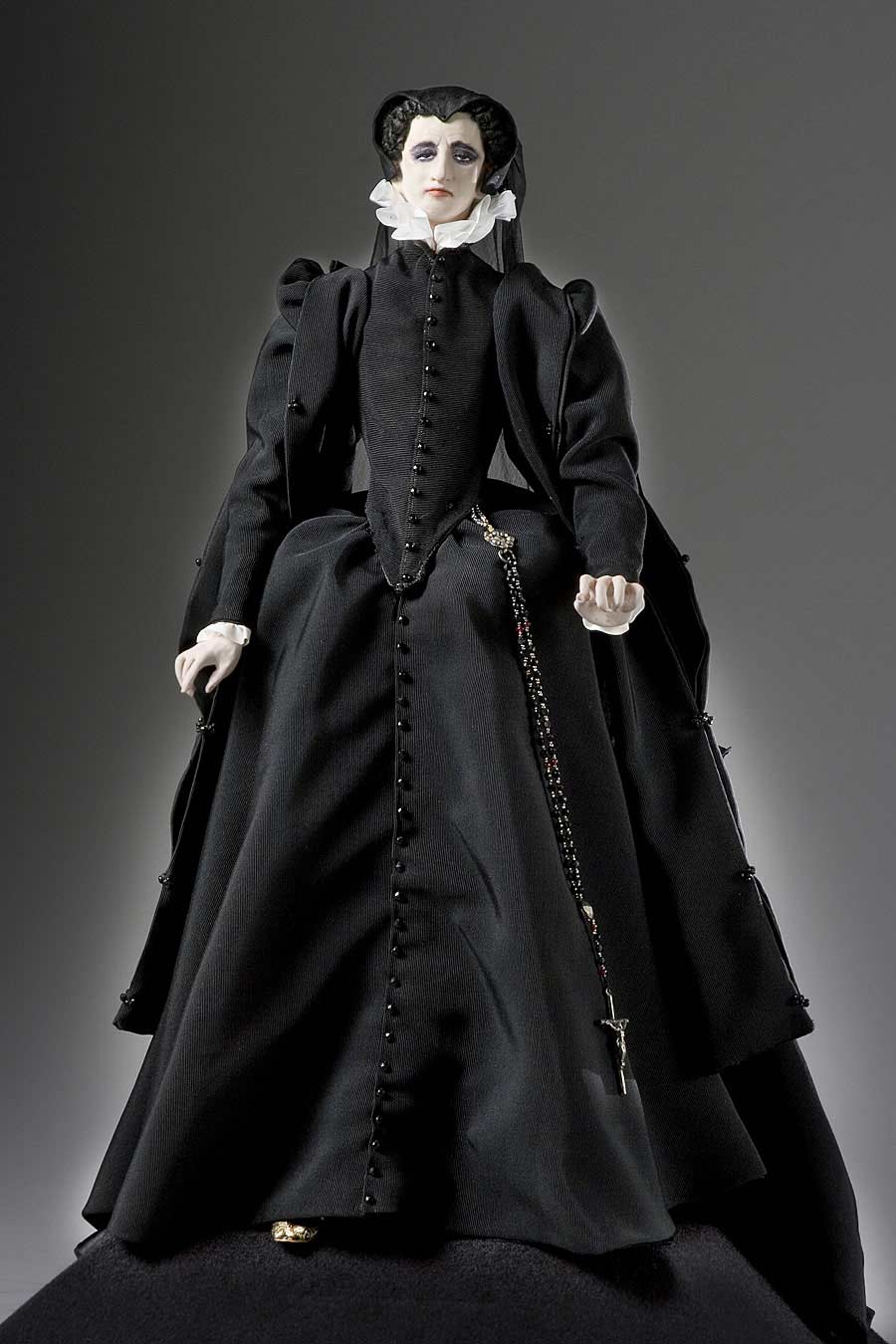