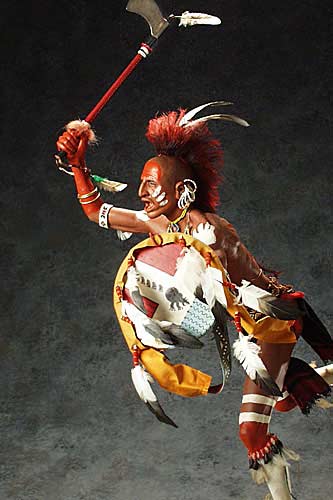 A fierce defender of home and tribe.

The Sauk and Fox were tribes of the Algonkian of eastern Wisconsin, occupying the Mississippi River region. They were united by the 1832 Black Hawk War. They lived in the woodlands and had the advantage of surprise over their enemies. As with their Osage neighbors, their warriors adopted shaven heads and ornamental crests. As they moved to the plains, they became fierce defenders of their bison herds.