In 1835 the small island of San Nicolas eighty miles off the coast of Southern California was invaded by Russian fur hunters and the indigenous Nicoleño tribe was removed. By accident or choice, a solitary young native woman remained stranded on San Nicholas and was not found and rescued until 1853. Unfortunately she died of dysentery only a few weeks later and details of her ordeal were not documented.

How Juana Maria, survived for eighteen years on the desolate island with only a dog as a companion. She has been the subject of scientific research and literary speculation. Her story has become legend and books such as the children's classic Island of the Blue Dolphins by Scott O’Dell. 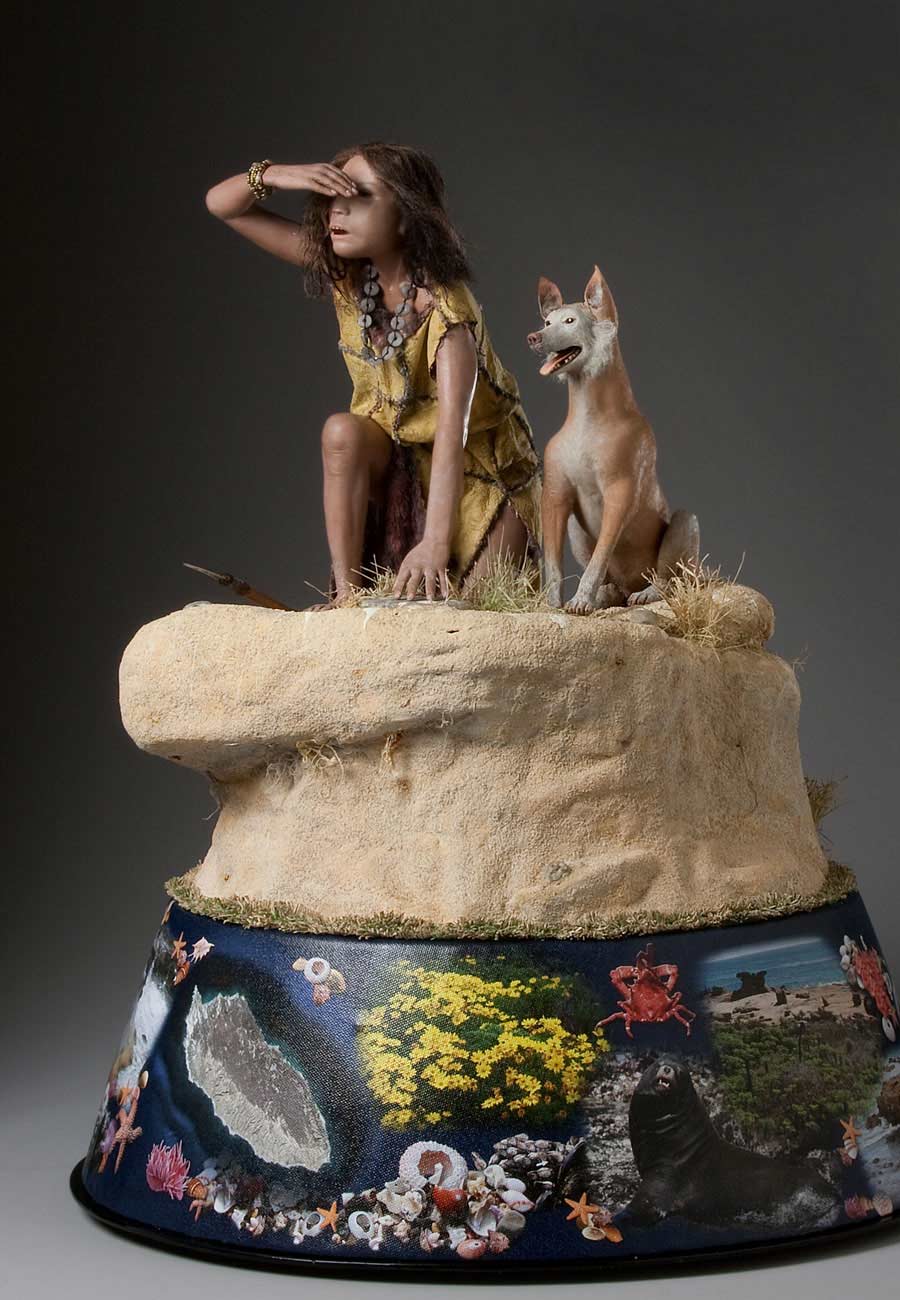