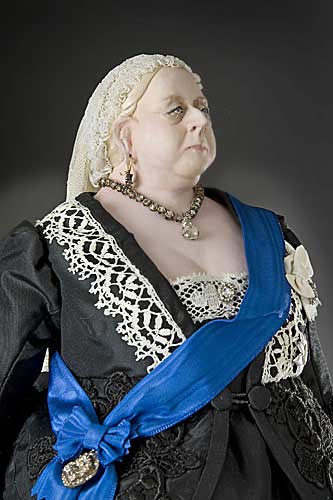 A Symbol of Her Age.

Victoria was one of the youngest queens of England and one of the most important. She was called to the throne on the death of her uncle, William IV, in 1837, when she was only 18. The beautiful young queen married Prince Albert of Saxe-Coburg and Gotha. The couple was extremely close, and she conferred the title of Prince Consort on him. They had nine children, four sons and five daughters. She gave her name to the era, but was never “Victorian”.

Restorers' Comment: Her body was reconstructed and the dress remade. 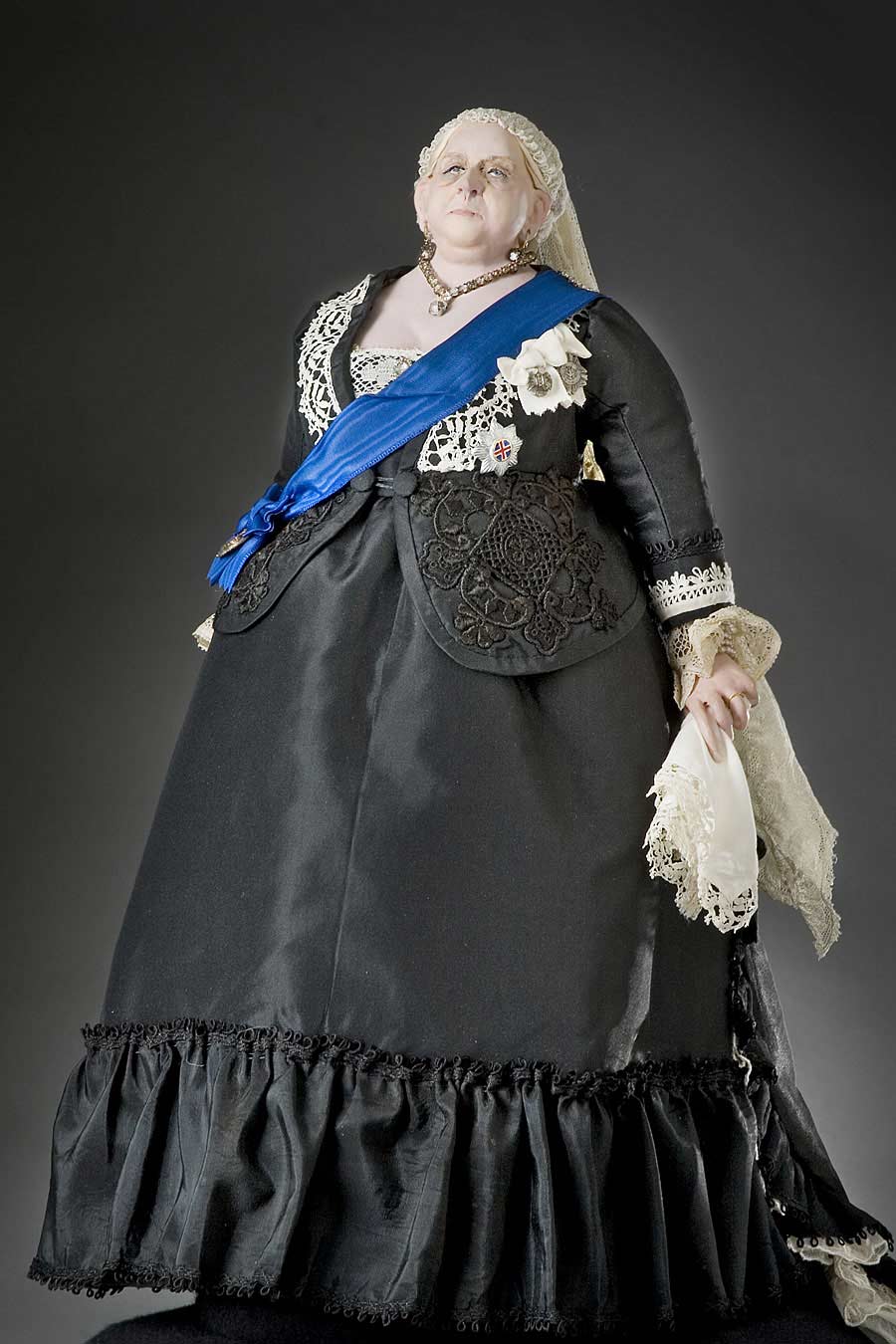