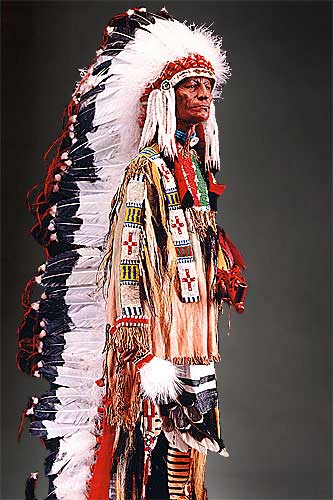 Sioux Chief's Recognition of a lifetime of valor – a feather at a time.

In a Sioux chief’s very long bonnet, each feather often recognized a valuable deed and service rendered to the tribe, much as medals have bedecked military and political leaders throughout world history. Among the plains indians, a brave was allowed to wear a bonnet as recognition of his battle accomplishments, front-line valor and hand to hand combat. A war bonnet was believed to protect the fighter. Each feather was awarded for an important act in battle. After a dozen or so feathers were earned, a warrior was allowed to gather the remaining feathers for a full bonnet. 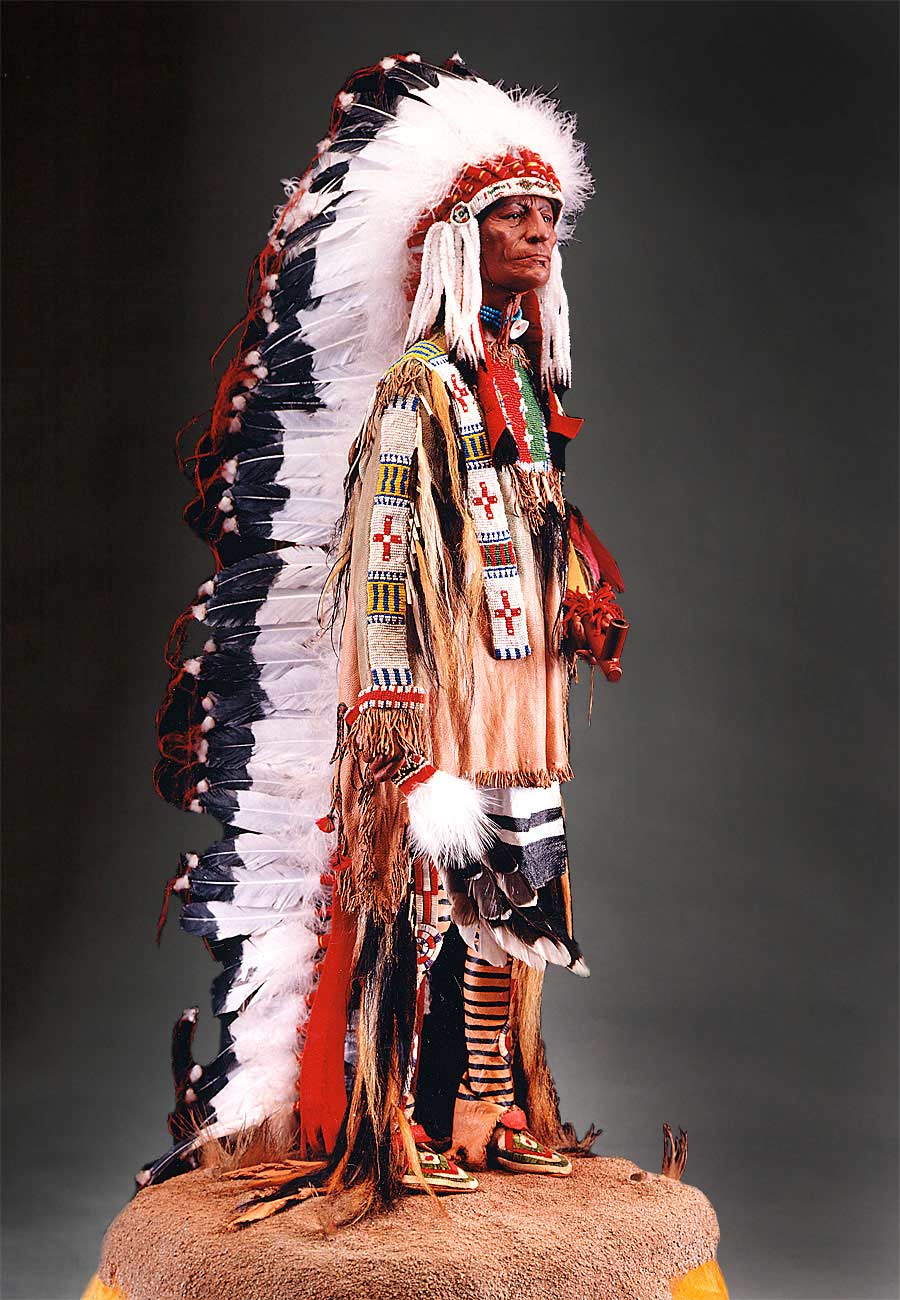