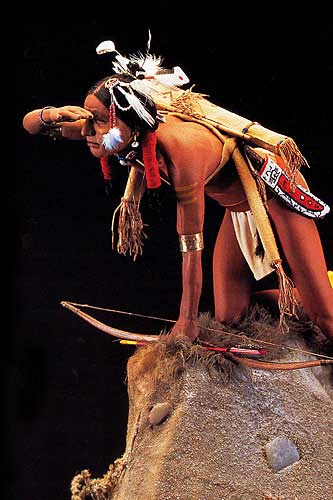 First discoverers of opportunity and danger.

The Sioux scout, like all plains indian scouts, played a pivotal role in times of peace and war. These sharp-eyed braves located roving animals and buffalo herds that fed the tribes on the Great Plains. During intertribal conflicts or battles with encroaching white men, scouts moved with practiced stealth in forests and open spaces. As good observers, they assessed the intent of game and men, estimated group sizes and strength and returned to their camps to accurately report their sightings. 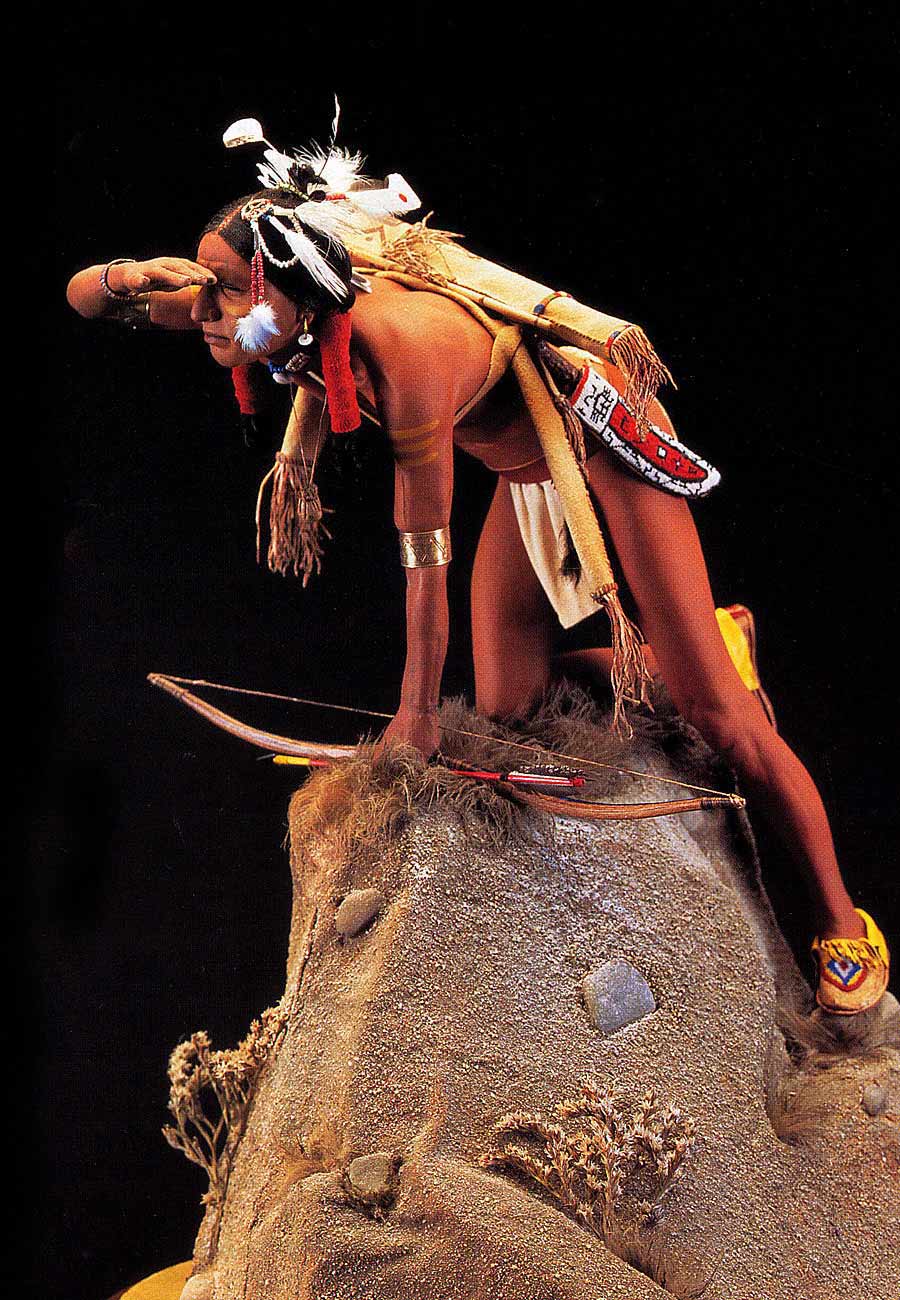