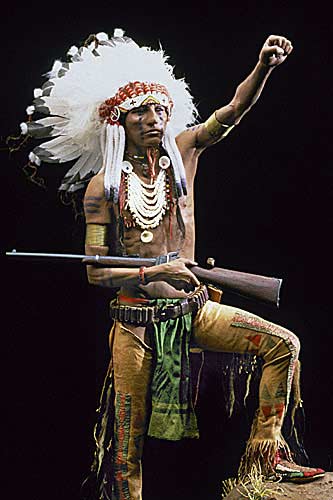 If only they had brought unity to the tribes.

In historical times, the Crow lived in the Yellowstone River valley, which extends from present-day Wyoming into North Dakota. Pressure from neighboring groups had forced the tribe to migrate farther west over time, and eventually this pressure led to the Crow becoming bitter enemies of both the Sioux and the Cheyenne peoples.

The Crow hunted bison and other game, using the hides for tipis and clothing. Headdresses were made of eagle and other feathers, and many articles of clothing and accessories were covered with intricate beadwork.