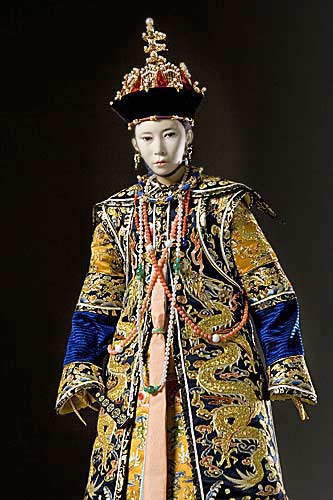 Empress in name only.

Tzu-An was official empress at the time of the 1861 coup. She was kept in the picture to add legitimacy to the conspirators. She was declared Co-Empress Dowager with Tzu Hsi and co-mother of Tzu Hsi’s son, the baby Emperor. Although the two Empresses Dowager were supposed to be equal in every way, Tzu-An was powerless. The young Emperor was the object of a tug-of-war between his two “mothers”. Tzu-An’s death at age 44 was a blessing to Tzu Hsi. Empress Tzu-An Figure is currently receiving a new robe, and new images will follow. LU Zhengliang Arts Studio.