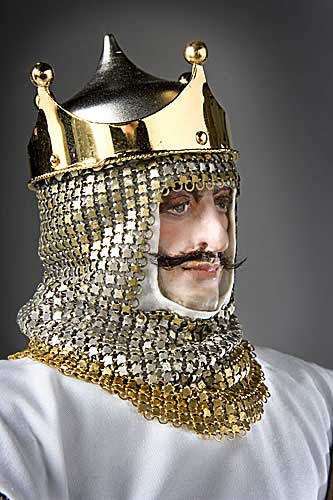 William inherited the title Duke of Normandy. From Normandy, William began the Norman Conquest of England in 1054, at the Battle of Hastings and was crowned king of England on Dec. 25, 1066. William's exploits were preserved in the Bayeux Tapestry. He labored long and hard to unify England, resulting in a French aristocracy in England. William the Conqueror e is responsible for the Domesday Book, a compilation of the results of a survey of land ownership and property for the entire country. Wife was Matilda of Flanders whose sons became Henry I and William II of England. William was buried in the Abbaye-aux-Hommes.

Restorers' Comment: Extensive body work was done, and a new helmet, shield and tunic were added. 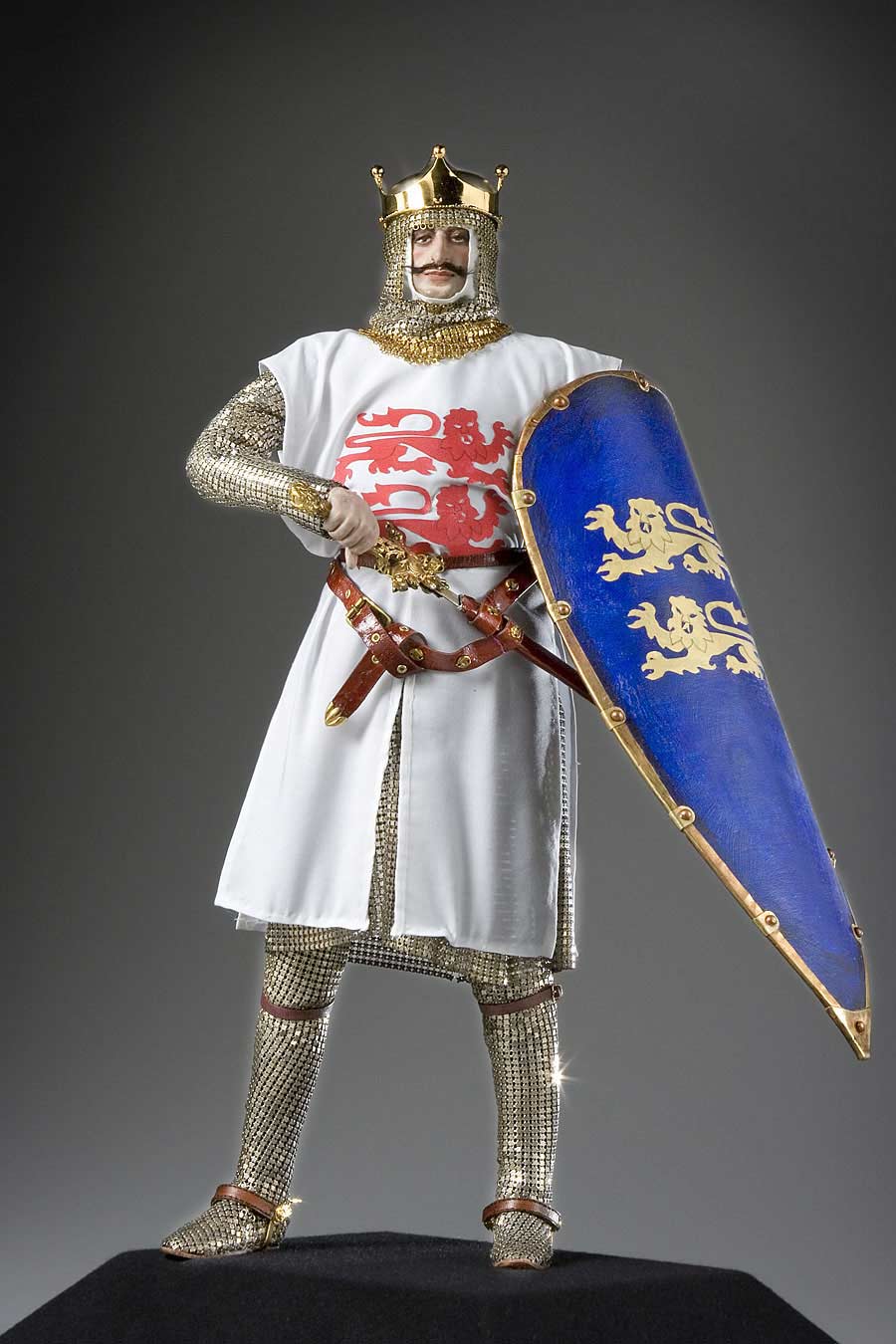 More about William the Conqueror...