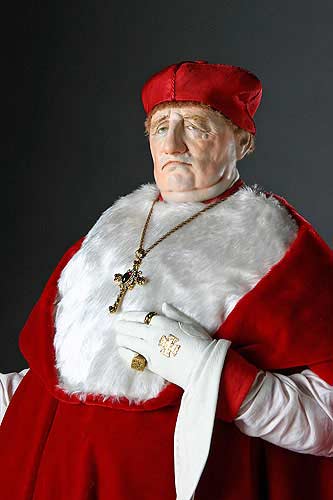 Thomas Wolsey or Woolsey (1473-1530), born a butcher’s son, rose in Tudor times to Archbishop of York while serving both Henry VII and Henry VIII. As Cardinal Wolsey, he applied his great abilities as a statesman and administrator of England's foreign affairs to enhance his own person. He had the king’s confidence until Henry decided to seek an an annulment of his marriage to Catherine of Aragon so he could marry Anne Boleyn.

Wolsey failed to convince Rome and was stripped of his government offices and property. After a short exile in Yorkshire, he was accused of high crimes and ordered to London. Wolsey fell ill and died on the way, avoiding probable execution. An Historical Figure of England, Tudor Dynasty. 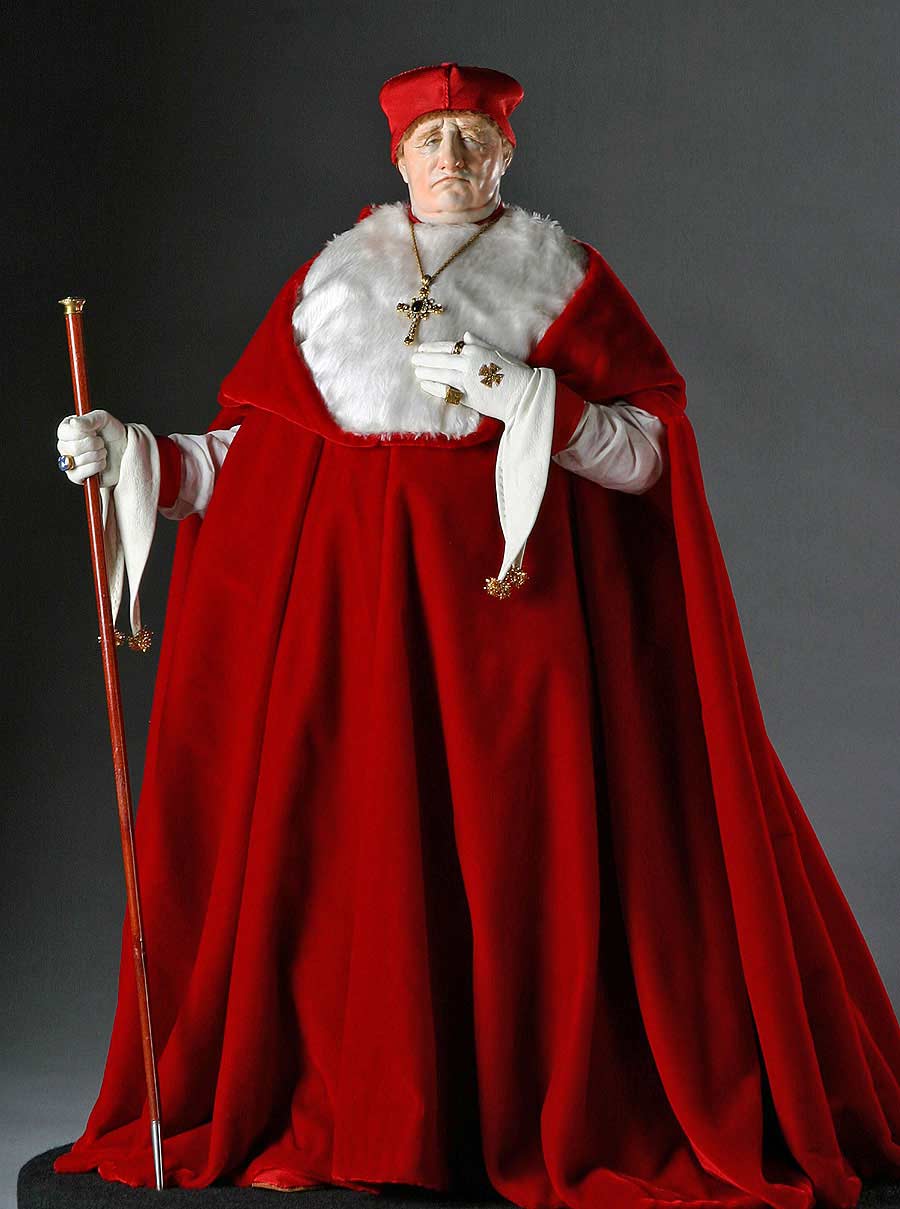