Archive of Articles and Videos 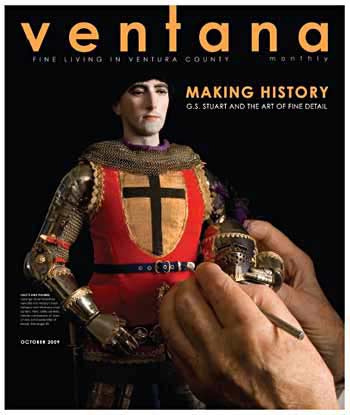 Seaways' Ships in Scale Magazine, describes the ship that Lafayette had built to take supplies to Washington's Continental Army. A full scale, seaworthy replica is being built in France , and will once again sail for the Americas.

The Dowager Empress of China

The Double Dowagers, or the Emperior Has Two Mothers

Youthful Encounter with a Royal Palace

George Stuart remembers his lifelong affinity for Versailles and the royal residents.

Video Clips from Russian Monologs
Brief video commentaries by George Stuart about each Russian Historical Figure can now be viewed on their respective pages on this website and on YouTube.

In this article Stuart describes how he created five Historical Figures of Abraham Lincoln and along the way became one of the President's ardent admirer's.

George Stuart presents a history of the Borgia family during their time in Rome. Runtime - 35 mins.

"Revolution and Rebellion: Wars, Words and Figures."
Description of exhibit and images of the Historical Figures of the Revolutionary and Civil Wars.

Designed and published by Stella Martin

The Gallery Guide is a preview of the Historical Figures of the American Revolutionary and Civil War times that will be on exhibit at the William J. Clinton Presidential Library from December 11, 2010 to May 22, 2011.
Note: finalized exhibit name was changed to “Revolution and Rebellion: Wars, Words and Figures,”

Welcome to the World of George Stuart

George Stuart, A Man of Many Faces

The art of George Stuart is explored including six of his Native Americans plus Generals Ulysses S, Grant, Robert E. Lee and John Fremont, who were all deployed against them during their military careers.

Beautiful 110-page book summarizing the collections in the museum. Several of the 22 Historical Figures in the Stuart Collection are pictured here for the first time. The book is now out of print, but several copies are available on the internet as of April, 2012.

All images provided by the George S. Stuart Foundation are copyrighted. However, images may be used for non-commercial educational purposes with the attribution:

For commercial use of images or to arrange interviews and obtain more information about the artist and his work, contact info@galleryhistoricalfigures.com.