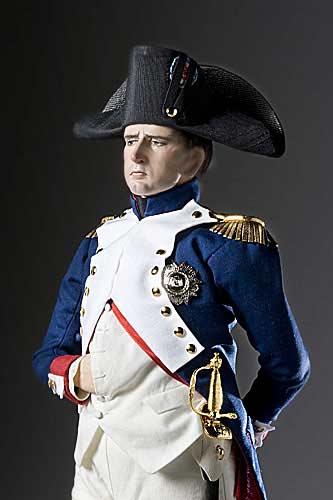 A great French military genius, the “Little Corporal” from Corsica began an active military career in 1796. That career would ultimately cause the whole of Europe to declare war against him. His military successes became legendary, but he was frustrated by the strength of the English navy and his inability to conquer England. Napoleon miscalculated the Russia winter and the resistance of the Russian people and lost his army. He suffered his final defeat at Waterloo. Banished to St. Helena, he died there of cancer of the stomach.

Restorers' Comment: The tunic was completely remade, with new epaulettes, and a new sword was added. 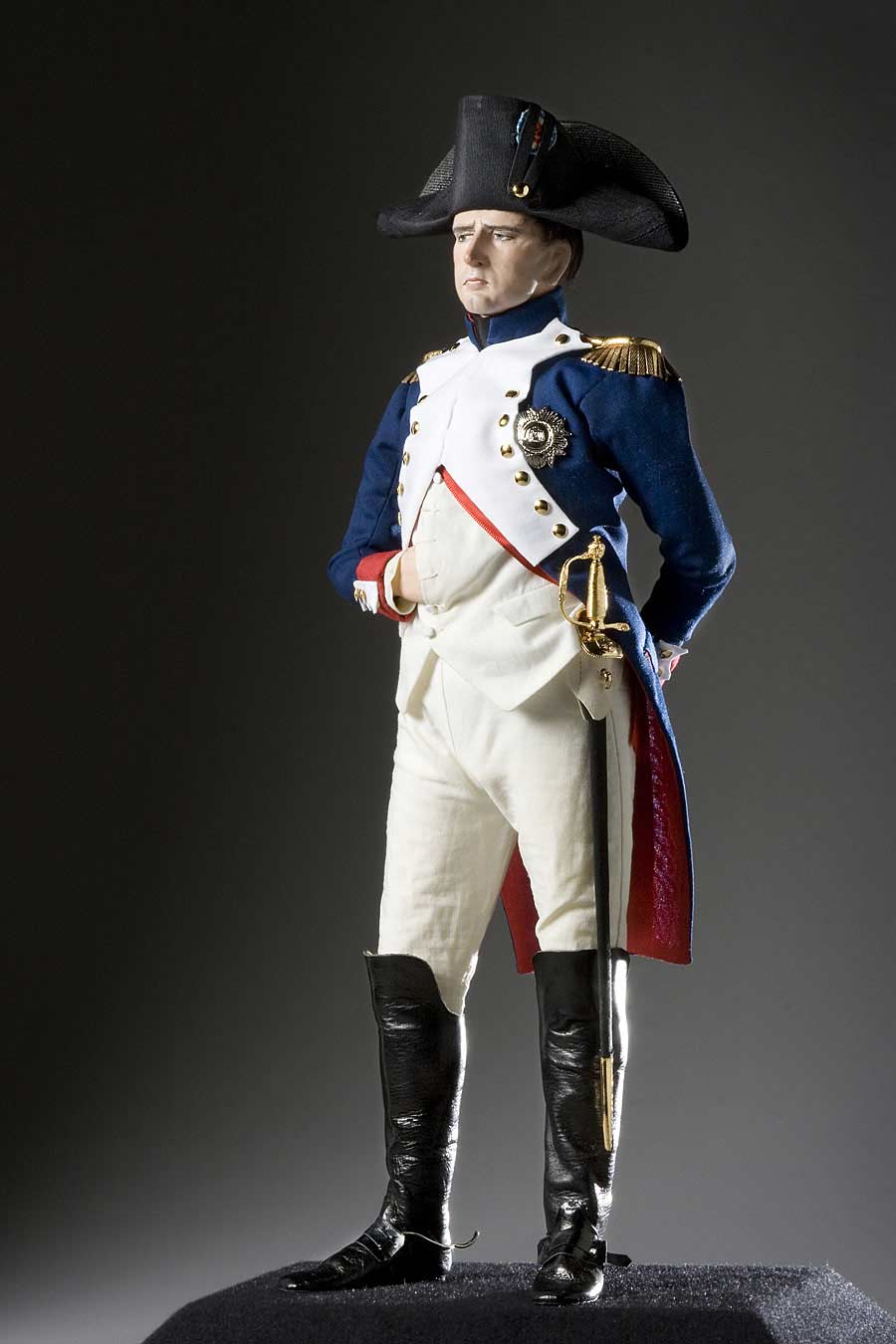